Keeping it real: How to survive a live tech demo 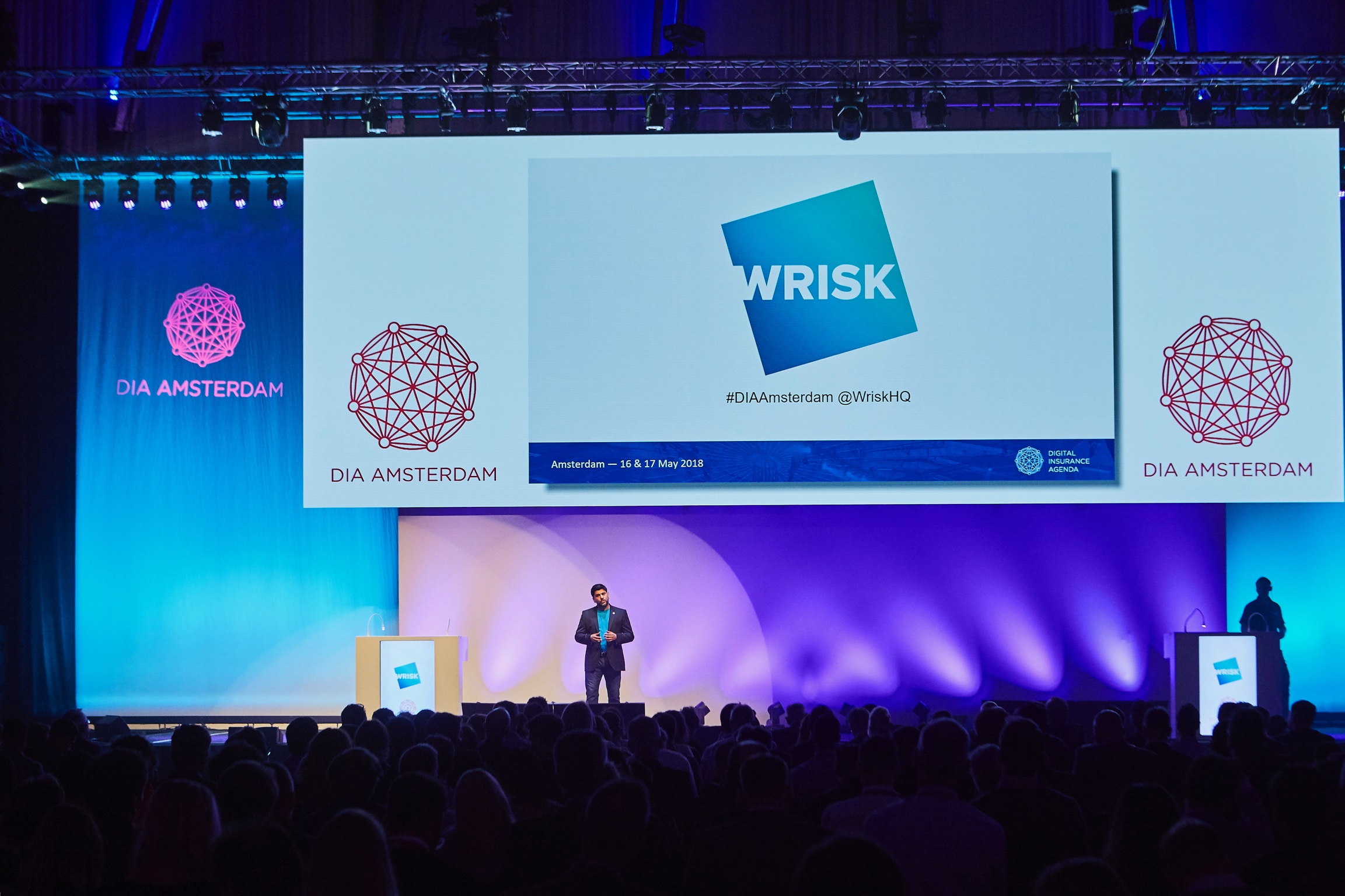 There are certain moments in the life of a startup that feel truly defining. Closing a funding round. Recruiting your first user. Pitching and live-demoing your product to over 1200 people. That last one was me, on 16 May 2018, at the Digital Insurance Agenda conference (DIA) in Amsterdam. I’ve (jokingly) been referring to it as my Beyonce/Steve Jobs moment.

Over 200 insurtech startups applied for the 50 available pitch slots. Of those 50, six were voted DIA Diamond Award Winners in recognition of the strategic impact they are having on the industry, and – spoiler alert – Wrisk was one of the winners!

It’s one of the biggest highs I’ve experienced as a founder. But as the team bask in the heady afterglow of the win, I thought I would take the time to share the unfiltered story of why we waited until now to speak so publicly about Wrisk, how we prepared for DIA and why you have to be ready for anything when you’re doing a live tech demo…

I like to think that I’m a reasonably well-seasoned public speaker. In my career, I’ve spoken at several conferences and even done the occasional keynote. But DIA felt different. My previous speaking engagements have tended to focus on particular skills or experiences I’ve had in my career, whereas the DIA event was about being put on the spot to showcase what my team has built and why it matters.

In the earlier stages of Wrisk’s development, I didn’t do much speaking. That’s because we were in “stealth-mode” – a rather conflicted period in a startup’s lifecycle where although you are keen to source early feedback, you don’t reveal the specifics of everything you’re doing – ostensibly to gain a competitive advantage.

With the launch of our closed-beta to paying customers on 16 April 2018, we could finally talk about Wrisk publicly and start to share what we’re trying to do with the world. The DIA event provided a very important eight-minute window of opportunity. Add to that a thousand-strong global audience of industry influencers and an awe-inspiring venue and the pressure was on!

Startups thrive on constraints. They help us to focus on the things that matter. When designing great customer-experiences for mobile devices, the constraint of the tiny screen size actually helps designers make sure they only include what’s absolutely necessary. Benny (our design lead here at Wrisk) is a big Dieter Rams fan – “Less. But Better.”

The format of the DIA pitch had several constraints too:

While I’d agree that good demos tend to be scripted (ours certainly was – I was practicing ad nauseam in the run-up to DIA) I would challenge anyone who says they are “fake”. In fact, we witnessed a few cringe-worthy moments for some startups at DIA where their technology failed them. Live demos are risky.

But Wrisk’s demo went fine and without a hitch, right?

Errmm. Not quite. For the eight-minutes that mattered, the wifi gods smiled on us, and everything went to plan. The run-up, however, was far from a serene experience.

The day before the event, myself, Sima our Head of Marketing and Nimeshh our COO, arrived at the venue in Amsterdam for a dry run. We got our test device up and running and everything seemed to be working as expected. It was quite a surreal and a proud moment seeing our app projected onto the huge screen in all its glory. So far so good.

On the morning itself, nerves were building. We returned to the DIA venue to see it teeming with people, and settled into our seats.

For months, the app had been stable.

I was using a known version of our app, it pointed to our stable staging environment, so I was feeling pretty confident. Nevertheless, as a precaution – while watching the opening entertainment out of the corner of my eye – I thumbed through our customer journey on the test phone. I got to near the end, and that’s when it happened… “Apple pay not accepted”.

Strange, that worked fine yesterday. I tried again – Apple pay not accepted. Sima and Nimeshh gave me a confused glance as I turned pale, got up and left the auditorium.

I did all the usual stuff. Reset the app. Turned the test phone off and on again. Nothing worked.

The opening festivities and keynote complete, the first startup pitches had begun when I woke Geran our product manager in London. A sleepy Geran did his best to allay concerns and started to try and figure out what was going on. We looked into our logs, double-checked build versions, checked payment logs, did updates and installed an alternative test credit card. Nothing worked. Sleepy Geran was awake now.

The second set of startup pitches began. The whole team in London was swarming around the issue, which for some reason only seemed to affect our test phones and test credit cards.

Always have a plan B.

My confidence had taken a knock, so I started to plan in my head how I would adapt my pitch in the event of the payment functionality not working.

Thankfully, I’m not just a Wrisk co-founder – I’m also a Wrisk customer. My personal phone had the Wrisk app installed, and on that things somehow seemed to be working.

I quickly began repurposing my personal phone for the demo. Replacing the wallpaper of my cat Pixel for something more in-line with the Wrisk brand. Shuffling the apps on my homescreen and systematically turning off notifications. Part of our sign-in process verifies identity by sending an email magic link, so I also had the mammoth task of trying to somehow hide 26,000 personal emails for fear that they would be projected for all to see on the huge screen!

I tested do-not-disturb mode, charged my phone (now on low battery from speaking to Geran and the team) and was just about in shape 15 minutes ahead of the deadline…

So if anyone tells you that all tech demos are fake, trust me, they aren’t. They can be very, very real.

Turns out that earlier that morning Apple (we think) had temporarily blocked access to our suite of test credit cards. Real customers and real cards were unaffected. The issue could not have been predicted and was totally beyond our control to fix. We still aren’t 100% sure what happened – those same test cards just started working again the following day...

So what’s the teachable moment?

S**t will (and often does) happen. During demos, conferences, investor meetings or – worst of all – when customers need your service. There’s never a good time for things to go wrong, but when they do, you need a strong team around you. I’m always in awe of the way my colleagues come together to resolve things quickly, calmly and with genuine care.

Standing up on a stage alone for eight minutes was a big moment for Wrisk. One person did a live-demo, but we have never felt closer as a team.DIA Diamond award-winning pitch